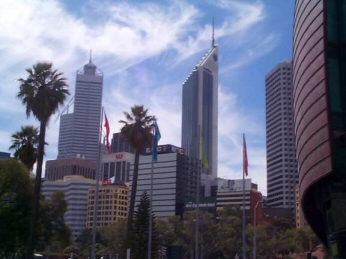 The Perth city skyline displays the economic prosperity the state has enjoyed in the past 20 years. Two towering skyscrapers dominate this skyline: Bankwest Tower and the Central Park building. The Central Park tower is the fourth tallest completely habitable skyscraper in Australia, and the tallest outside of Melbourne.

Perth is set on the Swan River, so named because of the native Black Swans which call the river home. It is a sprawling city, extending to Joondalup in the north, Mandurah in the south and Mundaring in the east. The beachside suburbs take advantage of Perth's seaside location and clean beaches. To the East, the city is bordered by a low escarpment called the Darling Scarp. 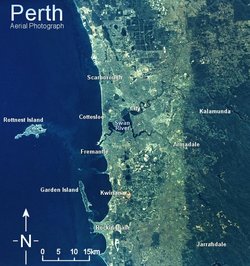 Perth is on generally flat, rolling land - largely due to the high amount of sandy soils and deep bedrock. Its wide roads, many parks and well-designed layout make it a peaceful place to live.

Perth was established by the British as a free settlers' colony in 1829, and later in 1849 as a convict colony. The initial settlement was in response to sightings of French ships in the region, and the later importation of convicts was at the request of settlers who wanted cheap labour. In 1901, the colony joined the Federation of Australia. The city has prospered as a result of repeated mining booms, especially for gold, iron ore, nickel, and alumina: Western Australia is rich with mineral resources. 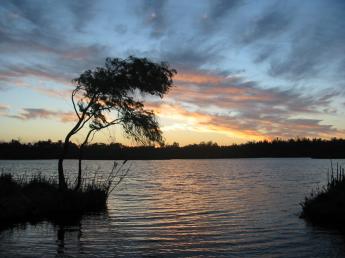 Perth is generally an egalitarian and relaxed city which, although it has pockets of extreme wealth and poverty, is almost entirely middle class and suburban. The population is easy-going and friendly, but can be parochial, especially towards the "Eastern States" which are often viewed with deep suspicion.

Perth people mainly follow Australian Rules football, with both state teams in the Australian Football League (AFL) based in Perth. These teams are the West Coast Eagles and the Fremantle Dockers.

Perth is very conducive to an outdoors lifestyle, and this is reflected in the wide variety of sports available to citizens of the city.

Tourist attractions in and around Perth 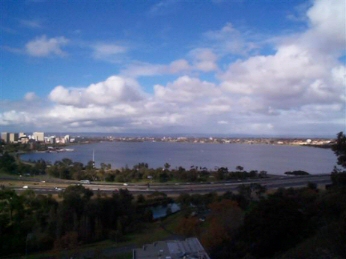 A sun-baked city that can go weeks or even months without substantial rainfall, one of Perth's main attractions lies in the pristine quality of its beaches. Unbroken stretches of golden sands run the entire length of the city's coastal suburbs. While not unlike the beaches of the Gold Coast in Queensland, Perth has not yet experienced the same level of commercialisation and development and hence, degradation, that plagues other such naturally rich Australian urban environments.

The centre of Perth is located on the northern bank of the Swan River, and is roughly divided into three parallel sections: 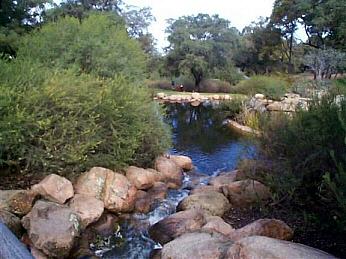 King's Park sits upon a large hill overlooking the CBD. Four times larger than Central Park, New York, King's Park contains Perth's botanical gardens as well as vast tracts of natural bushland. During spring, King's Park bursts into a world-class display of wildflowers, which is a popular tourist attraction. Perth is a very green city, with an abundance of parks and tree-lined boulevards.

The Swan Bells is a towering new Bell Tower siting on the edge of the Swan River. A copper structure representing the sails of a ship, it houses old bells from the church of St Martin-in-the-Fields (of nursery rhyme fame), which were a gift from Great Britain to the people of Australia on the occasion of Australia's 200 year anniversary of colonisation. It was opened to the public in 2001.

There are a few islands off the coast of Perth, notably Rottnest Island, a significant tourist attraction. Other nearby islands include Garden Island (home to a naval base), Carnac Island, Seal Island and Penguin Island. The deep shipping channel between Perth and these islands is called Gage Roads, the site of the America's Cup yachting challenge in 1983.

The historical port city of Fremantle is located at the mouth of the Swan River, and is home to many attractions. Most notable of these is the mammoth newly-constructed Western Australian Maritime Museum. Located on the dock at Victoria Quay, the museum houses Australia 2, the yacht which won Australia the America's Cup. Also in Fremantle is the Maritime Museum shipwreck galleries, with recovered artifacts and part of the hull of the shipwrecked Batavia, from hundreds of years ago.

Perth is served by Perth Airport.