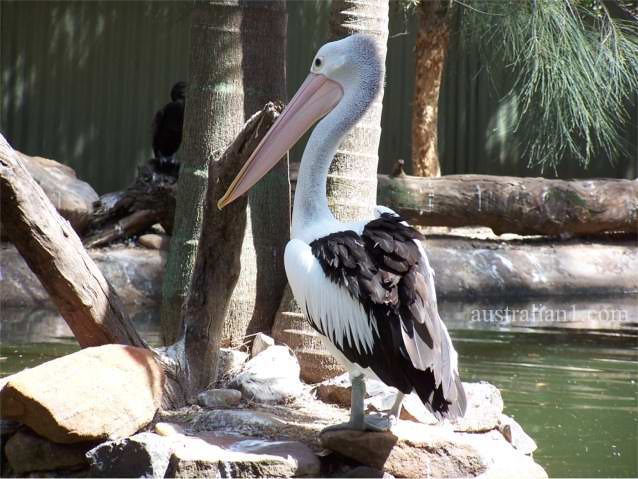 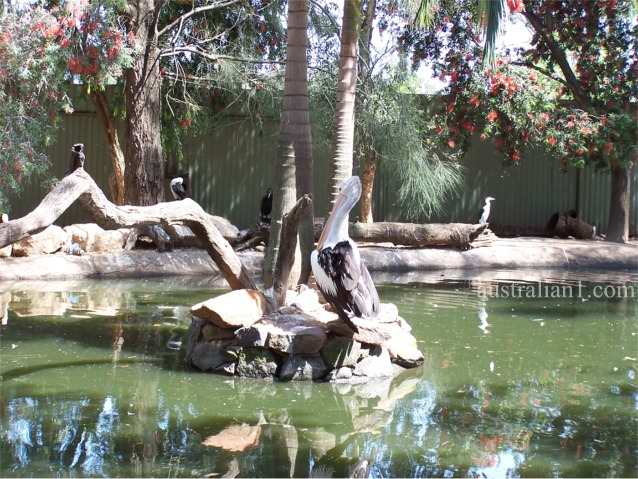 The Australian Pelican or Goolayyalibee is an unmistakable large water bird, widespread on the inland and coastal waters of Australia and New Guinea, also in Fiji, parts of Indonesia and as a vagrant to New Zealand.

Australian Pelicans are medium-sized by pelican standards: 1.6 to 1.8 metres long with a wingspan of 2.3 to 2.5 metres and weighing between 4 and almost 7 kilograms. They are predominantly white, with black and white wings and a pale, pinkish bill which, like that of all pelicans, is enormous—particularly in the male.

Australian Pelicans prefer large expanses of open water without too much aquatic vegetation. The surrounding environment is unimportant: it can be forest, grassland, desert, estuarine mudflats, an ornamental city park, or industrial wasteland, provided only that there is open water able to support a sufficient supply of fish.

Australian Pelicans follow no particular schedule of regular movement, simply following the availability of food supplies. When the normally barren Lake Eyre filled during 1974 to '76, for example, only a handful of pelicans remained around the coastal cities: when the great inland lakes dried again, the population dispersed once more, flocks of thousands being seen on the northern coasts and some individuals reaching Christmas Island, Palau and New Zealand.